Please do notice that I only reply to email with Indonesian or English language.

China is home to some of the most spectacular mountains, and some of the deepest gorges that need to be spanned with ridiculously tall bridges – and all these infrastructure projects are supposed to be good for Chinese economy.

There is only one problem: the amount of jaws dropped into the gorges by awestruck tourists and the sense of professional envy these bridges inspire in architects around the world, itching to land a similarly grand project:

Building West Hubei and Shanghai Chengdu Expressway Bridge – some 1365 meters in length, towering 650 meters over the bottom of the gorge (images via)

You need to build a bridge over THAT? (this is what passes for a “mountain valley” in China) – 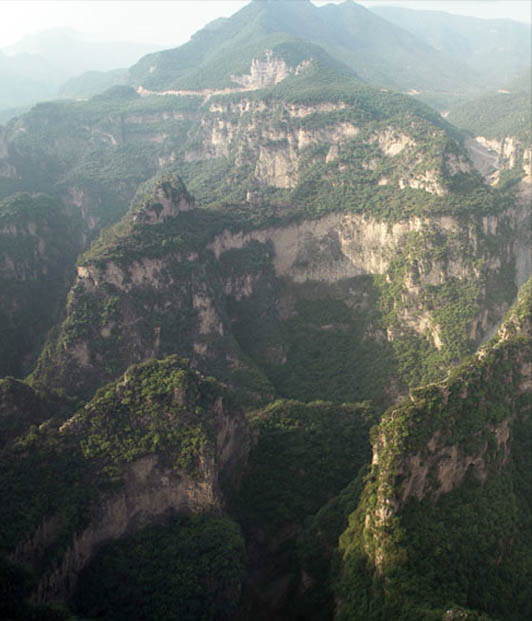 Well, this will require piers at least 150m tall – 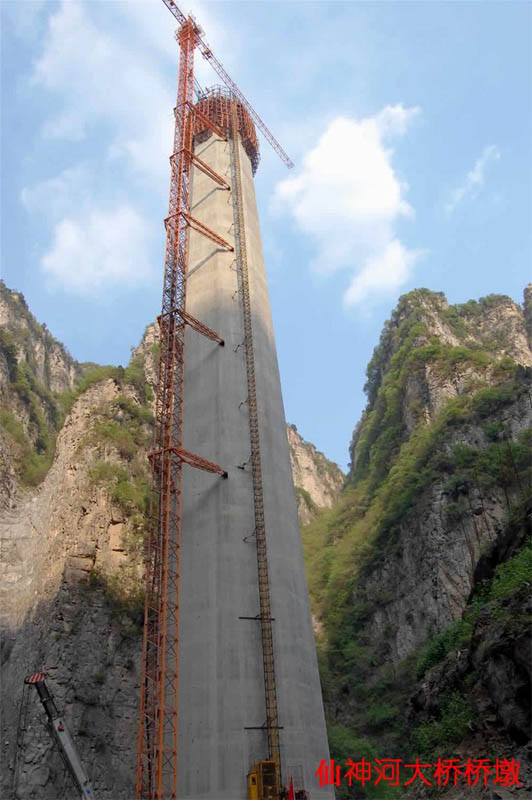 (image via)A concept rendering of a bridge that has been actually completed in September 2008 as part of Jinji Expressway: 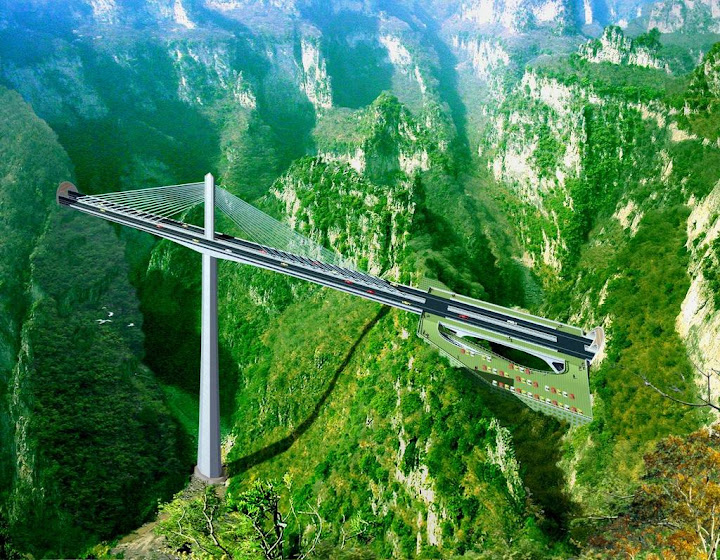 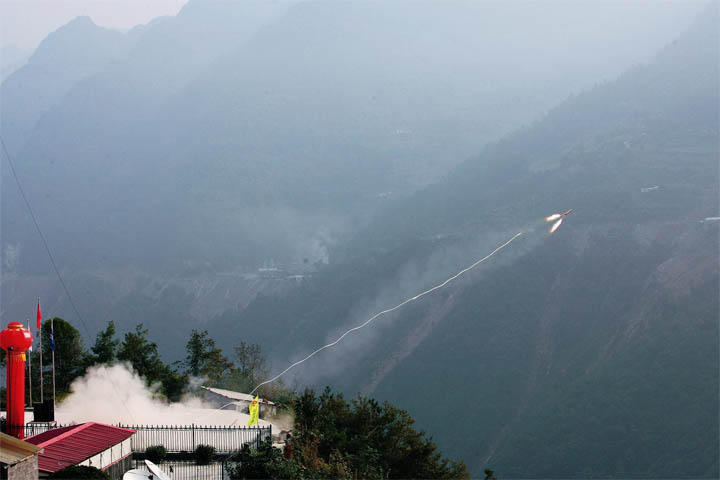 Vertigo smorgasbord for all tastes: 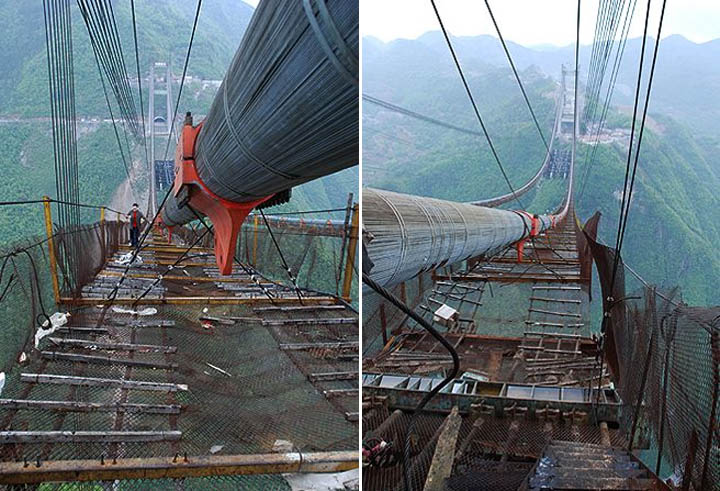 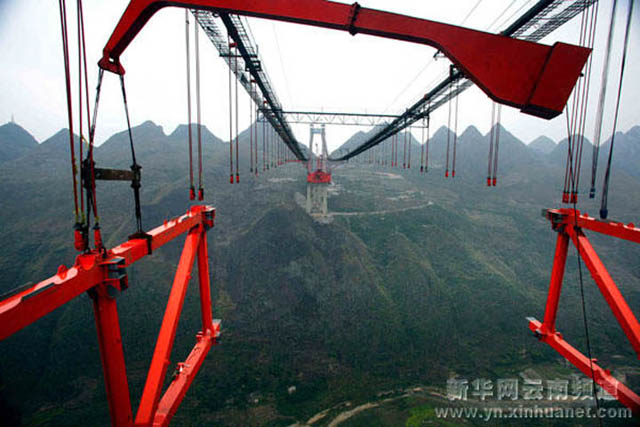 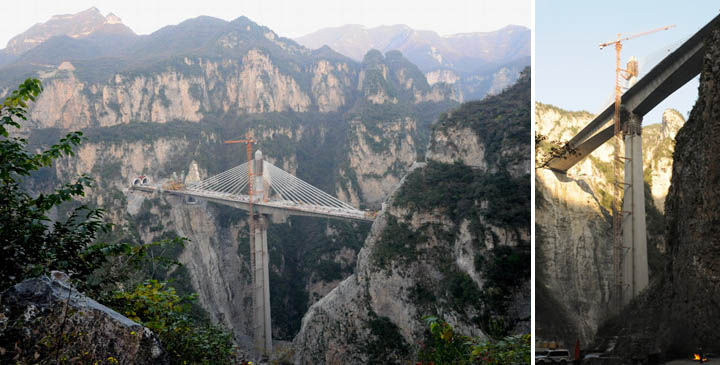 A drive from Shanghai to Chengdu promises to be spectacular…. some mountain tunnels in China are even decorated with special lighting effects:

This is Guizhou Beipanjiang Bridge, built for the Shanghai-Kunming highway: 1564 meters long, stretching about 370 meters above the waters – the second tallest bridge in the world. 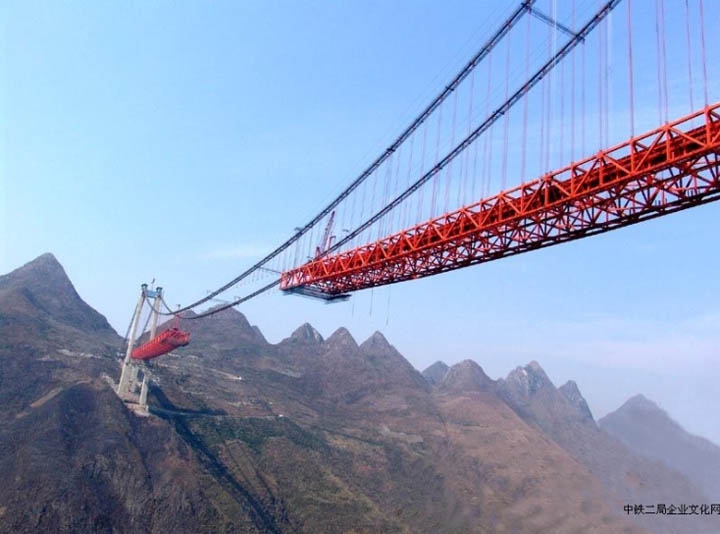 An old design (not used) was not too shabby, either… strongly suggesting the Great Millau Bridge (see here) – 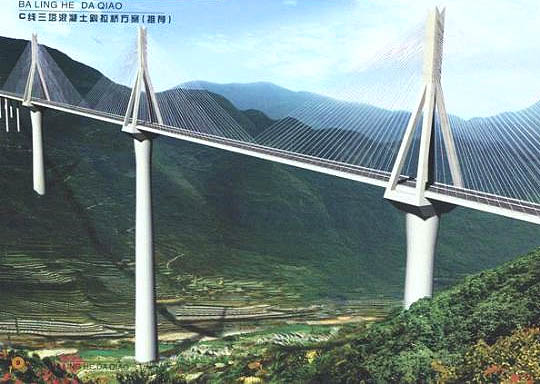 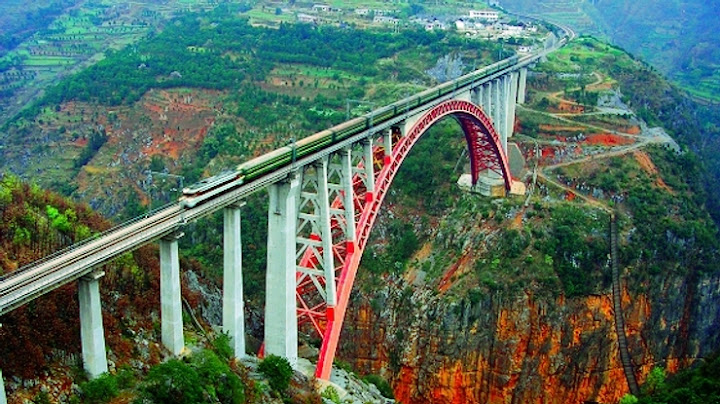 This one almost copies the overall shape (without the underlying mechanics) of Gateshead Millennium Bridge, which we covered in Part 1 – this is Sanhao Bridge over Hunhe River in Shenyang, Liaoning Province: 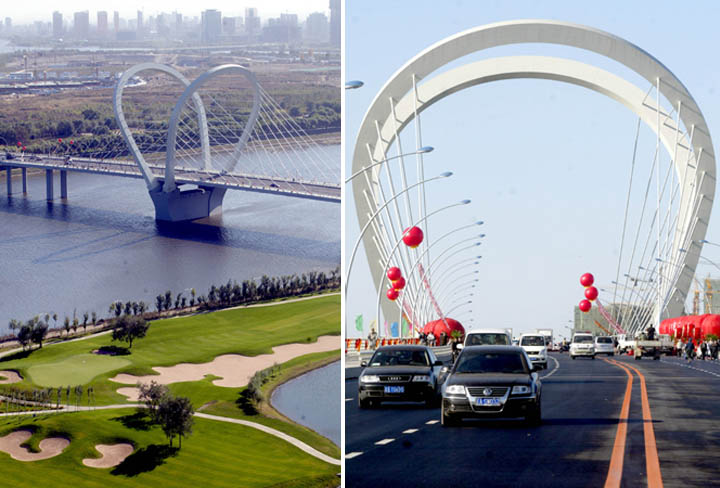 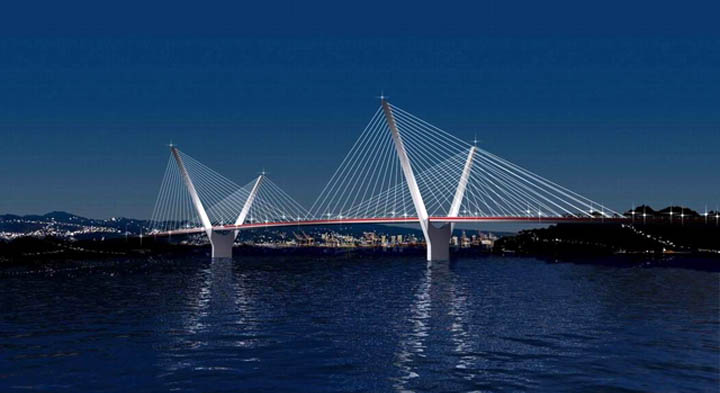 “If you demolish bridges behind you, then there is no choice but forward” (bad motivational advice)

Transporting bridges can indeed be a beautiful sight (Portlanders were treated to such scenes in 2007, for example, when Port of Portland’s old bridge center section was replaced). Pictured here is the Pentele bridge in Dunaújváros, Hungary: 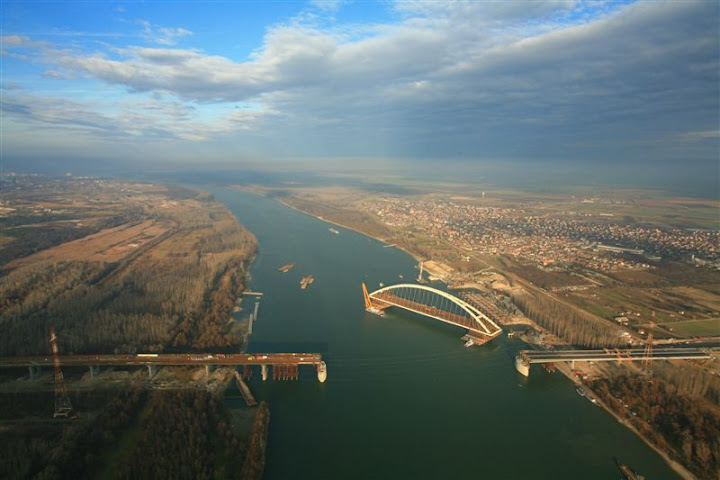 Controlled demolition of bridges can be a fantastic job: this spectacular photo shows the end of the old Jamestown bridge in Rhode Island (also watch video) 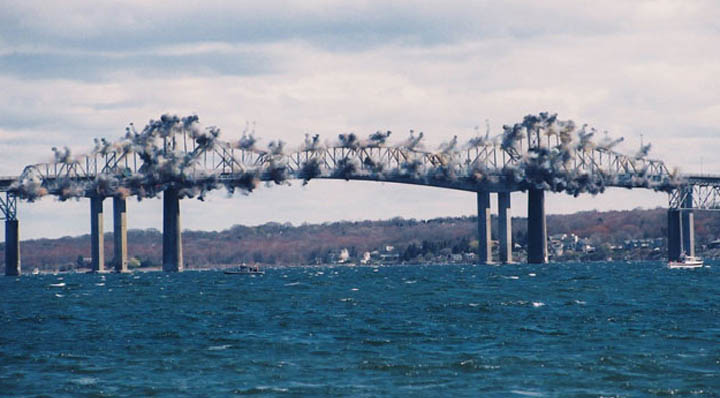 Notable Bridges Around the World

As we continue to cover some of the most impressive (tallest, longest, etc.) bridges, Dubai’s “Largest Arch Bridge”, planned for 2012 (not sure, if it’s still on schedule), surprises with the graceful curves – more info The mighty Humber Bridge in Hull, England, comes to mind next: 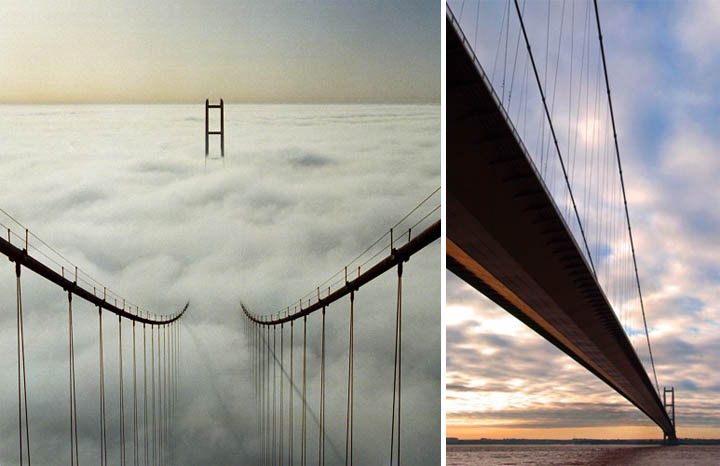 Even though it’s only fifth-largest suspension single-span bridge in the world, it’s also quite graceful and inspiring in its arching curve. Before the bridge was built, local folks had to use hovercraft service – it was unreliable, plagued with mechanical problems, but an adventure in itself (in a sooty- dieselpunkish way) 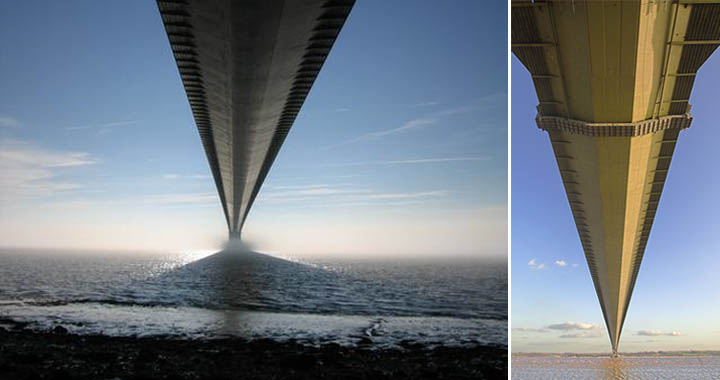 The Confederation Bridge linking Prince Edward Island and New Brunswick, Canada, is extremely long and looks like a leasurely white snake floating in deep blue waters when seen from above: 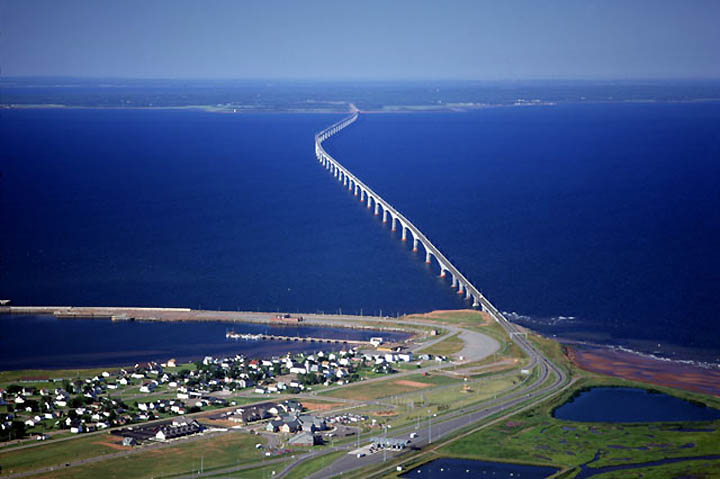 Their site has impressive pictures of waterspout occurring in vicinity… Impressive efforts of mother nature and human engineering combined:

Another snake… This one is Chinese: Donghai Bridge, from Luchao Harbour City near Shanghai to a small island (more info) – 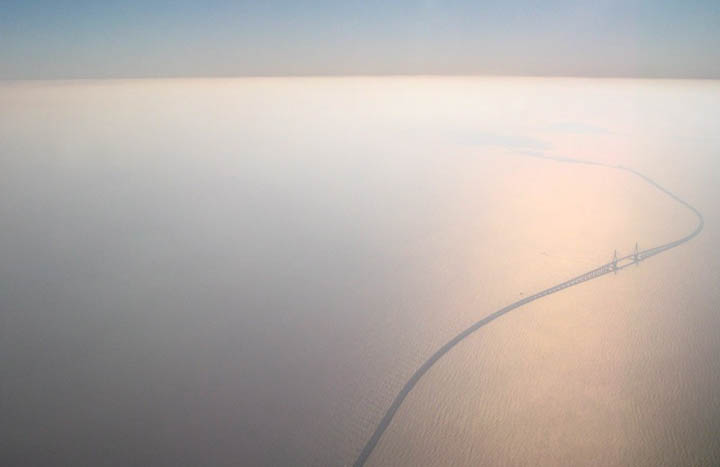 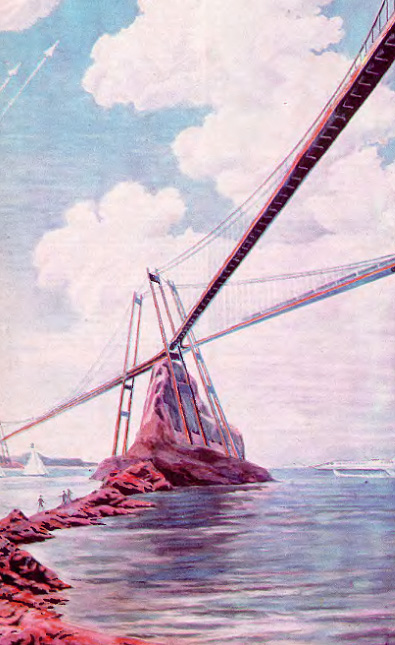 Also, we just have to mention the proposed Alaskan Bridge, really a “Bridge to Nowhere”, a bizarre project which got some money for the state under Sara Palin, but was mercifully put to rest thereafter… “I have a bridge to sell you up in Alaska”… no, thanks! The story about it can be watched here.

Mystery and Beauty of Historic Bridges

A magical evening on a bridge in Bruges, Belgium: 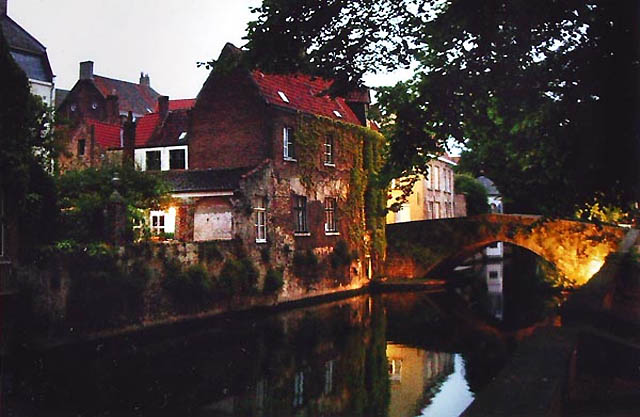 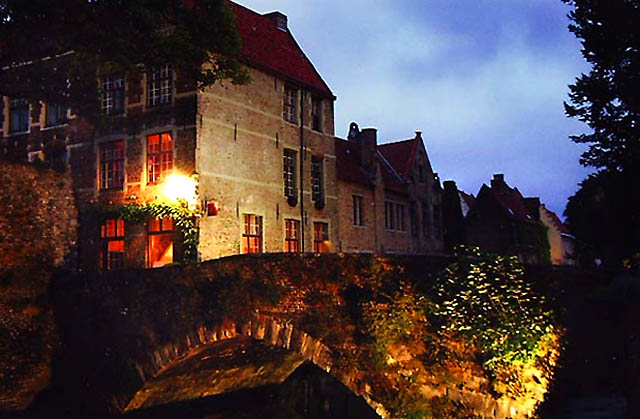 The Forth Bridge in Scotland, which spans the Firth of Forth, should not be confused with the Forth Road bridge that’s nearby. This rail bridge is best enjoyed at sunset: 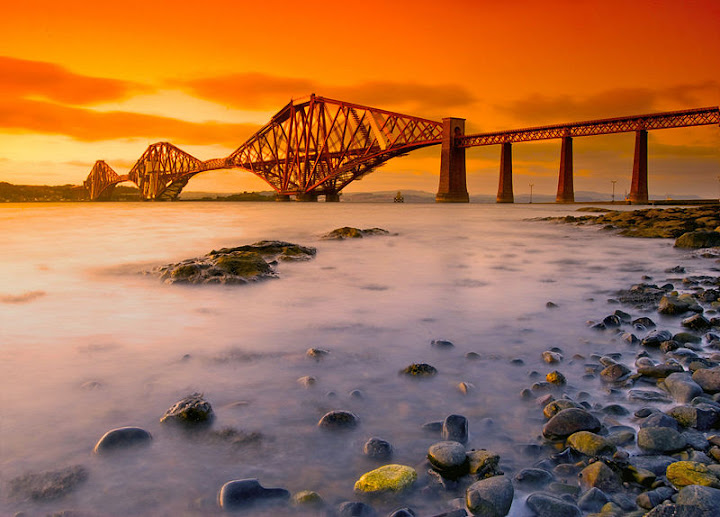 Teufels Brucke at the Andermatt station in Switzerland: 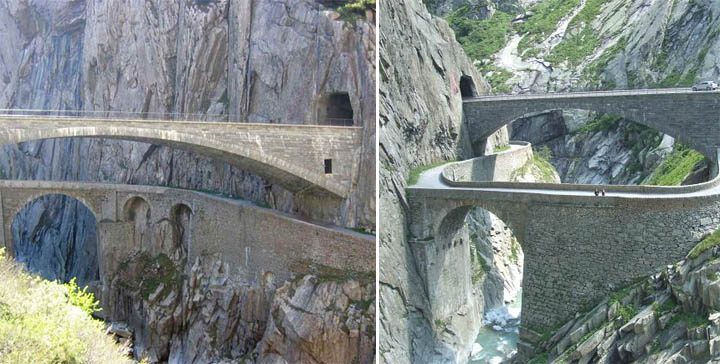 You know how they say “build bridges instead of walls and you will have a friend”? If you build bridges like these, though, you may end up with enemies instead.

Crossing some of these rickety structures requires guts, skills and a prayer; and some others can provide the excitement (which is a good thing) – 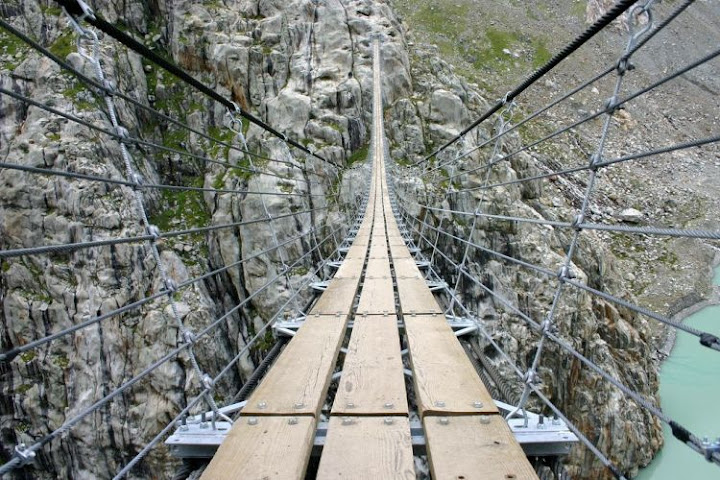 Animals don’t seem to mind, or maybe they just can’t express it… 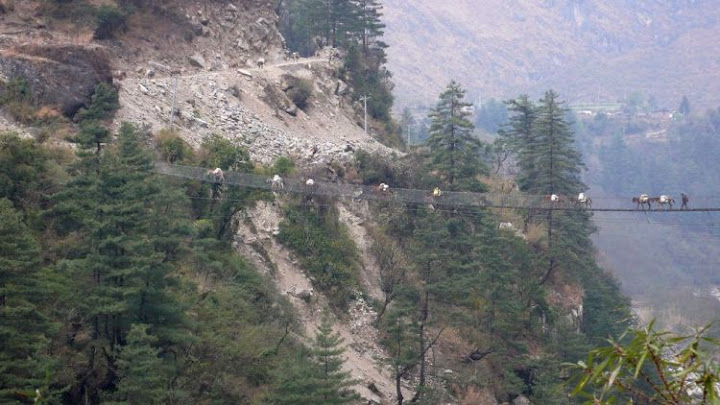 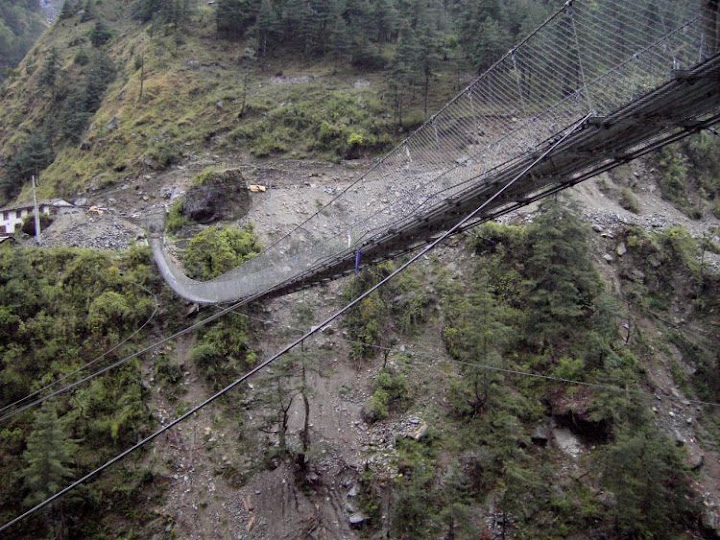 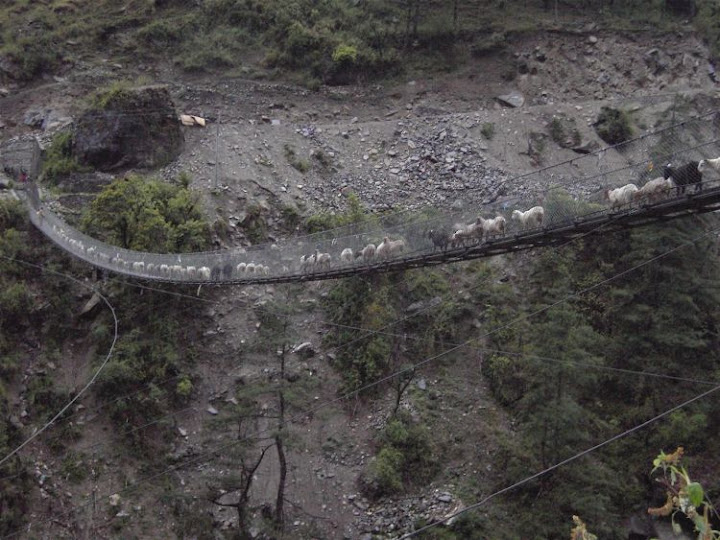 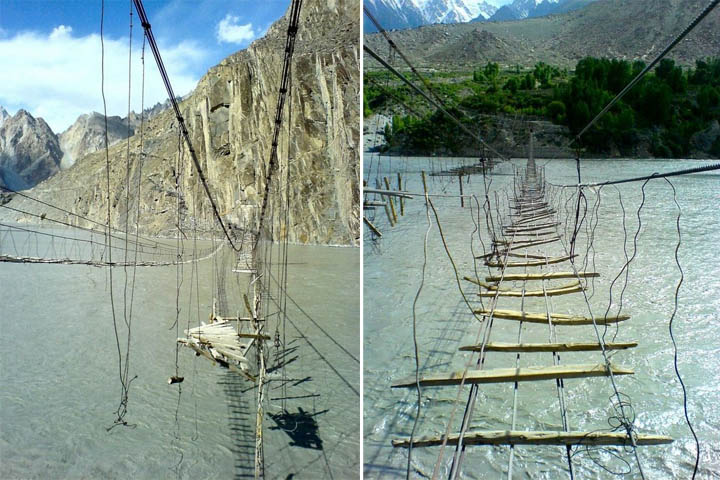 Bridges in Pakistan… or actually absence of them Source = http://www.pekalongan-community.com/2013/04/foto-foto-proses-pembuatan-jembatan.html