Please do notice that I only reply to email with Indonesian or English language.

In our popular post about “Top 5 Most Dangerous Roads in the World” we mentioned a few roads that imperil the lives of motorists, or just make it really miserable. The following roads did not quite make the list, but continued to pop up in conversations around the world. They may not be “deadly” as such, but certainly require a keen concentration on driving, as the rock walls in many of them are not known to be a forgiving substance. 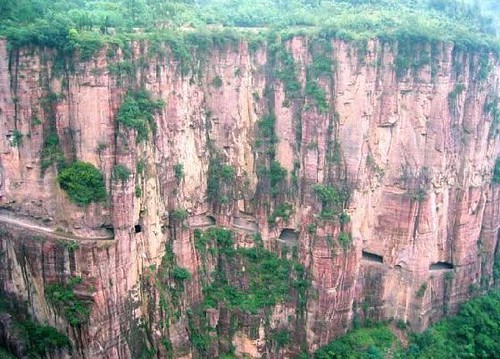 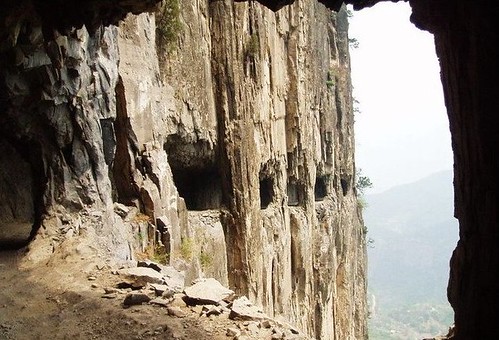 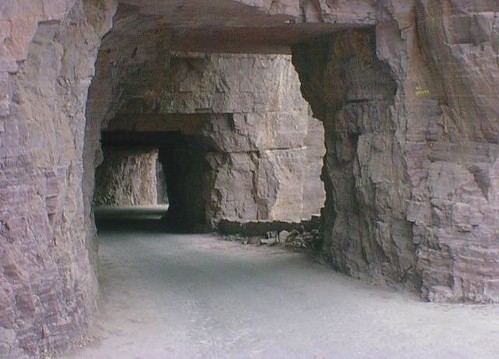 The road shown here is the Guoliang Tunnel in Taihang mountains (China). It has been built by villagers themselves, which is an inspiring story in itself:

“Before 1972, the path chiseled into the rock used to be the only access linking
the village with the outside world. Then the villagers decided to dig a tunnel through the rocky cliff. Led by Shen Mingxin, head of the village, they sold goats and herbs to buy hammers and steel tools. Thirteen strong villagers began the project. It took them five years to finish the 1,200-metre-long tunnel which is about 5 meters high and 4 meters wide. Some of the villagers even gave their lives to it. On May 1, 1977, the tunnel was opened to traffic.” 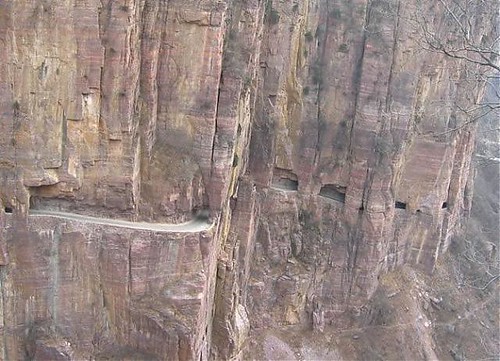 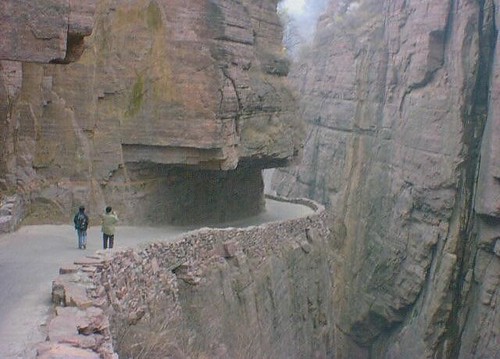 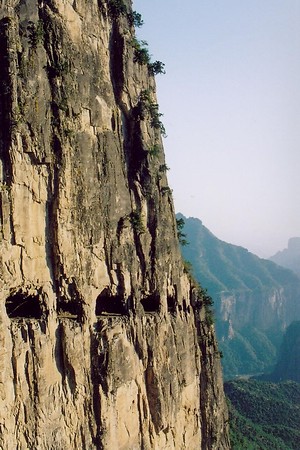 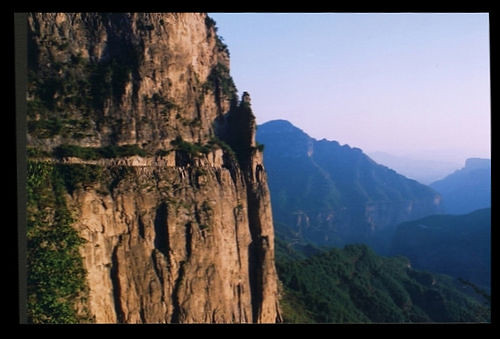 The wall of the tunnel is uneven and there are more than 30 “windows” of
different sizes and shapes. Some windows are round and some are square, and they range from dozens of metres long to standard-window-size. It is frightening to look down from the windows, where strange rocks hanging form the sheer cliff above and a seemingly bottomless pit lying below. A village, opposite the tunnel, appears to hang on the precipice. 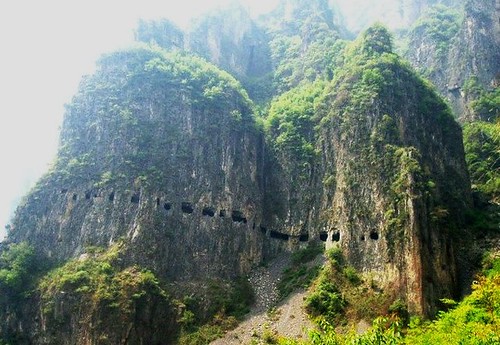 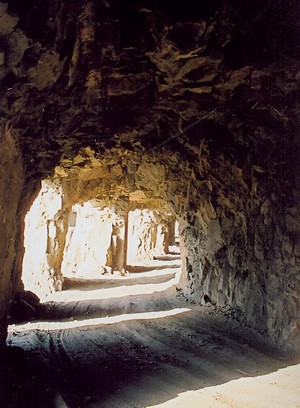 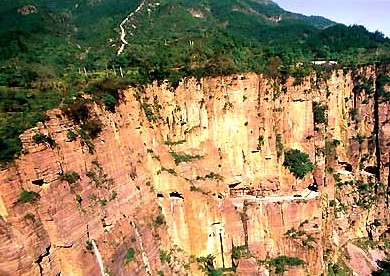 Source: Link
(this blog possibly first solved the mystery on the location of some popular photos). Also more photos are here

Another one of quite unforgiving roads, consisting of tunnels carved in the mountain rock. More pictures here 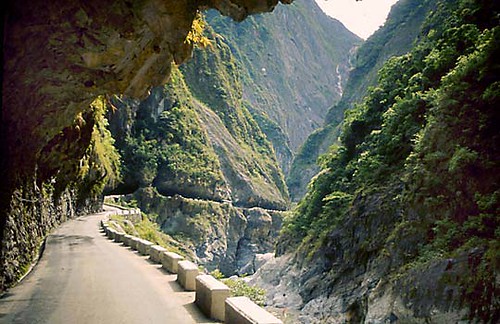 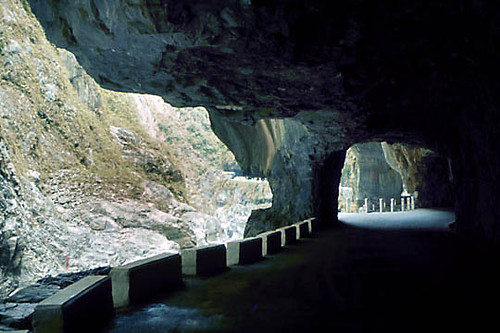 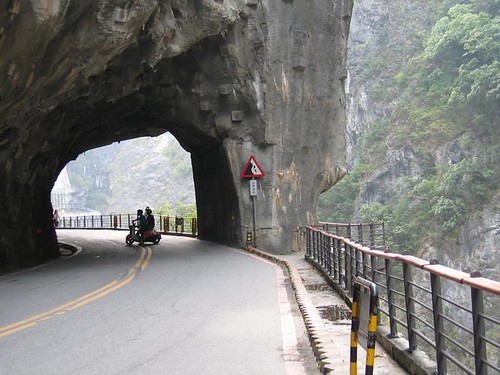 This is an ancient road, converted to a hiking trail. Mountain bikers love it for the spectacular views, cool tunnels and hair-raising precipices… Some cars (presumably small italian kind) climb the hairpins to service the guesthouse built there. 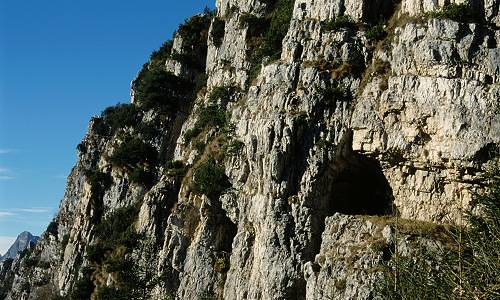 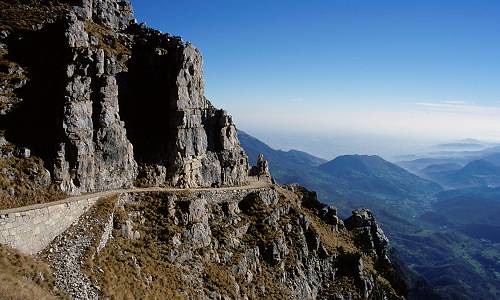 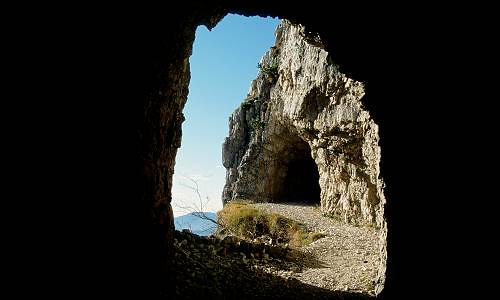 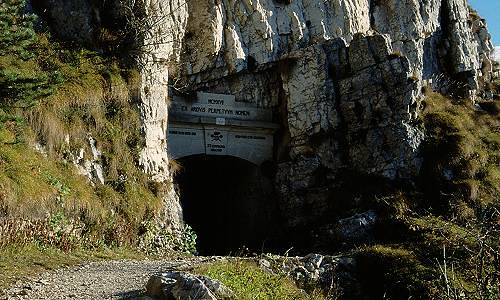 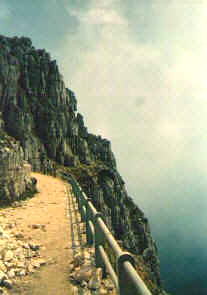 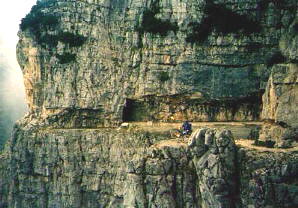 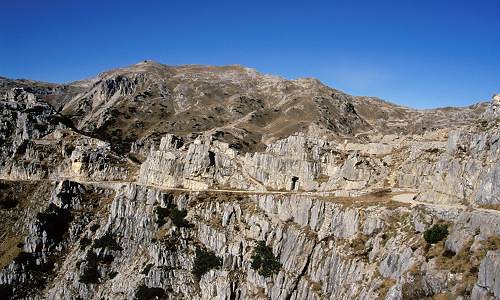 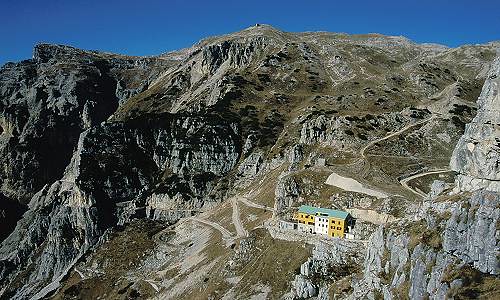